The New S-Class: What We Know So Far 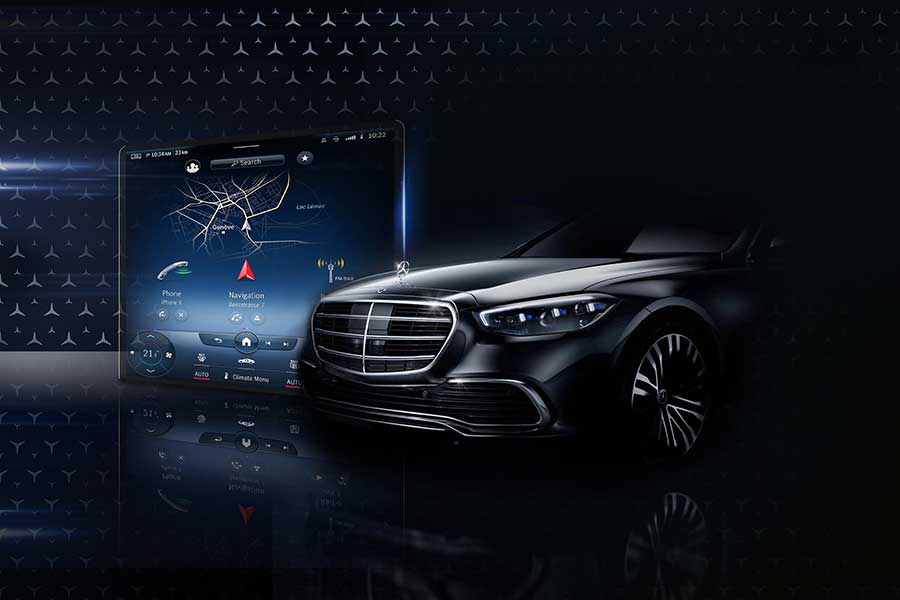 Months before the big debut of the new S-Class in September, Mercedes is providing quick glimpses of its free-standing giant central screen. Even though Tesla’s large set up maybe one of the largest in the automotive industry, the S-Class central screen is definitely a competition.

Well, the much-acclaimed plug-in hybrid version has an exceptional 62 miles pure electric range based on WLTP. The XXL display is the same tech in MBUX-equipped cars. The second generation of the MBUX (Mercedes-Benz User Experience) is making its debut in the new S-Class. The brilliant displays, in conjunction with OLED technology, make the control of the S-Class and comfort functions, quite a breeze.

The user is always the primary consideration. As such, intuitive operation and personalization have become far more extensive. At the touch of a button, you can get a spatial view, thanks to the new 3D driver display. You don’t need to wear 3D glasses to achieve a realistic three-dimensional effect.

There are prototypes with pop out e-handles still undergoing testing. These handles remain flush when not in use. Nonetheless, it is still not clear whether this feature will be available on the new Mercedes S-Class or it’s reserved for the Maybach version.

Mercedes-Benz has redesigned the rear to include extensive infotainment and comfort features. The boss or the passenger at the rear seat has access to up to three touch screens and various control options. For example, they have access to a voice control assistant, “Hey Mercedes,” and MBUX Interior Assist.

It also appears that the new S-Class will be available in long and standard wheelbases. An AMG S63, PHEV versions, and four-, six-, and eight-cylinder engines are in the pipeline. The Maybach-branded S-Class will retain V12 and the 4Matic all-wheel drive.