Land Rover Defender in the US 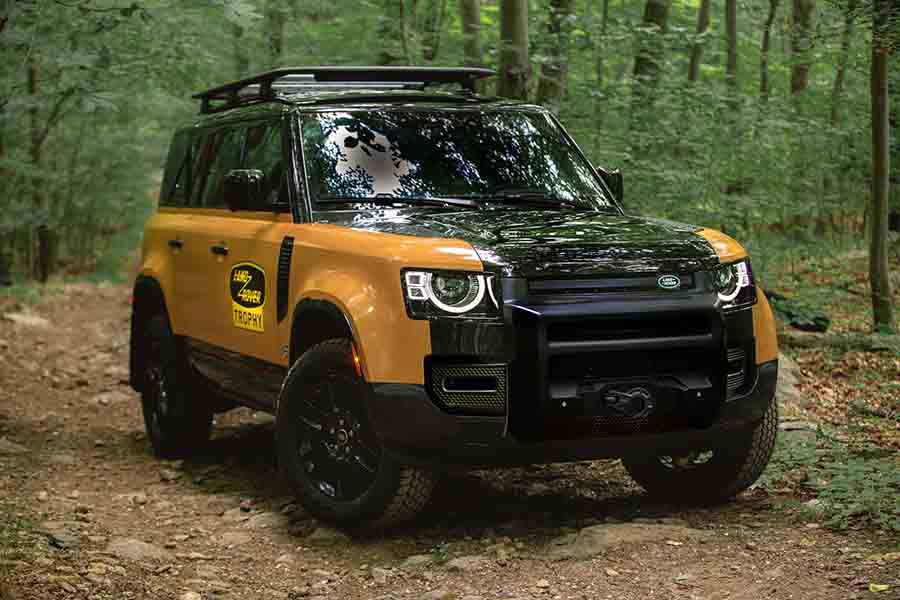 After its quarter-century absence in the US market, which was quite unfortunate, Land Rover Defender has finally reentered the competitive rugged SUV market with the 2020 Defender.

In fact, Defender is inarguably one of the most attractive and serious off-roading vehicles. But what is there about the Defender that an offroad devil should be thrilled about?

The six presets each have a detailed response to the terrain laid out in front of you. You can look at it as some sort of personality.

Every one of them has a different traction sensitivity and throttle response to embarrass any outdoor situation you find yourself in.

But if you are one of those folks that like having it easy, and we can’t blame you, you can press auto and let Defender sense the terrain and select the best mode for you. You are allowed to cheat.

Urban driving, especially for the wide and big SUVs, can be quite tricky. But with a Defender, cruising around town is pleasurable, and we are not just talking about the numerous looks over the shoulder. Yes, that feels nice, but we are more into the features part.

Its upright flanks give you excellent visibility, and you can see where the SUV’s smooth corners are in traffic. In addition, the 360-camera system is the stuff of genius, and the steering weight is excellent.

Other features that make it easy to drive include the 8-speed auto gearbox and a well-calibrated accelerator action.

If you thought that Tesla was the only automaker that updates your car as it sits in the garage, look away now. The new Defender has more than 14 modules the manufacturer can update over the air through its 4G connection.

The SUV only takes thirty minutes to update everything. That means you can wake up to an improved engine, suspension, and brakes. And if there are problems, the system sends a report to the local workshop to source the needed spare parts ahead of time.