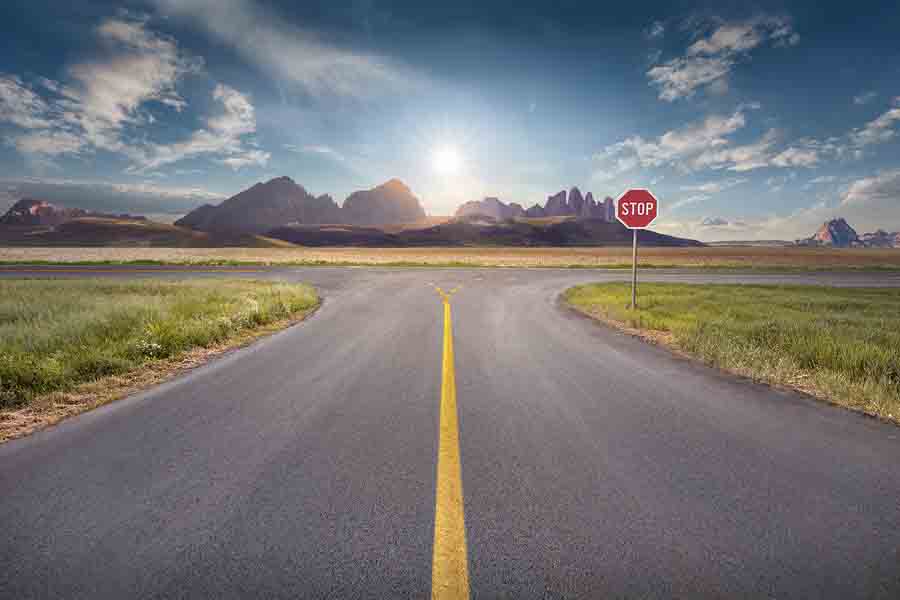 Alert to all the driving nerds. There are fun facts to know about that ordinary stop sign that’s planted on many corners around your town.

We see a stop sign and we obey. Not because the stop sign is all powerful, but the cop that sees you blow through one is all powerful. Not everyone is happy to just shove that traffic ticket into the glovebox for all eternity like Aunt Mable. So where did the stop sign originate and how did all that come into being?

Stop signs were born in the state of Michigan in the USA. They were black and white orginally and had a nice big size of 2’ x 2’. These big ol’ white signs with black lettering worked just fine, well, until around the 1920s when traffic happened. When the roads go busy, changes needed to be made.

Busy roads required the rule of law to be a little more noticeable. This is when the standard size became an octagon. This shape was chosen because its unique shape would be recognizable to drivers who were driving in each direction. With one glance they can see the person coming toward them needs to stop. It was also easy to recognize the sign in the dark. Today they are reflective, but that was not the case in the beginning.

But the stop sign wasn’t red until the 1950s. Up until then, it started out black and white and then later went through various revisions to make it easier to see by using black with yellow. In the 1950s they found red with white letters worked the best. Then this was used as the standard stop sign design in the US.

Rural stop signs are a different height than city stop signs. Did you ever notice that? In the city they’re about 7’ tall. In the countryside they are about 5’ tall.

Throughout the world, most countries have adopted the red, octagon stop sign. So, from Michigan, to the world. We have the stop sign we know today.